The summer season was nearing its end and the wait was over. Last June 3-6, we finally had our company outing! Hungry for the freedom to soak up the sun and the surf, we wasted no time in getting ready and took off in a bus. 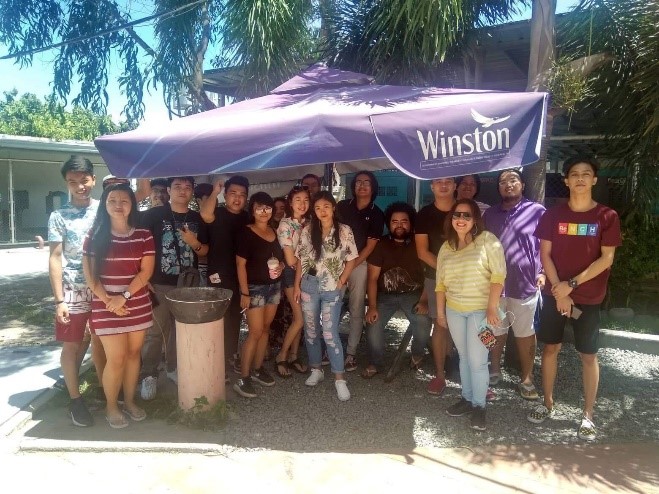 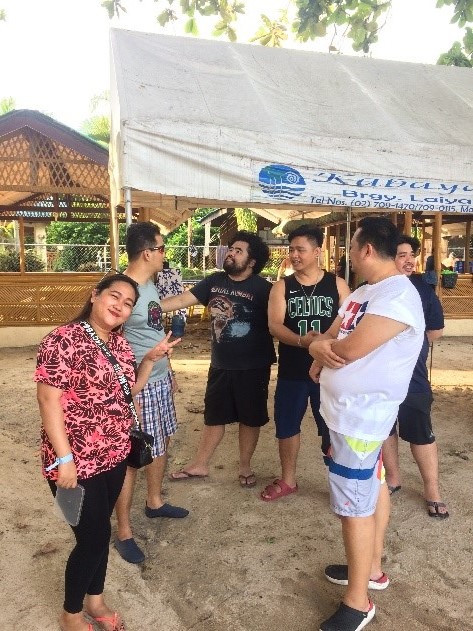 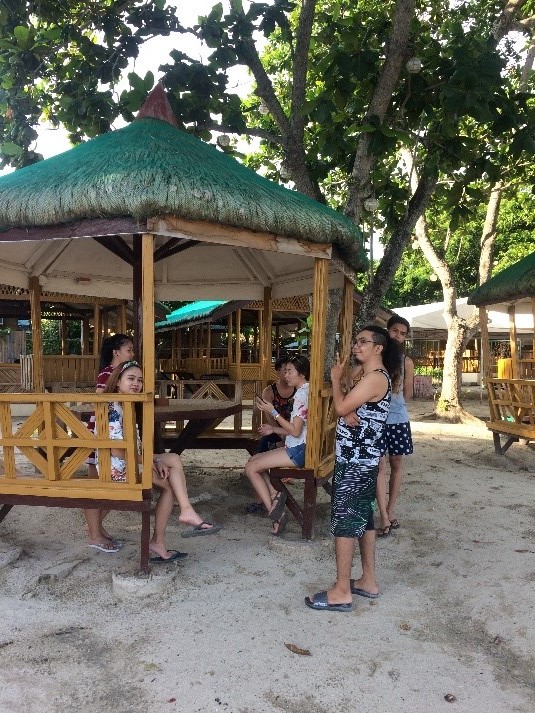 This year, our destination was Kabayan Beach Resort on Laiya Beach in San Juan, Batangas. It’s a great escape from the hustle and bustle of the city, but not totally without the comforts and amenities of city living. We slept in fully air conditioned rooms, if any sleeping happened at all, and we were served three buffet-style meals a day, all within a stone’s throw from the beach. There’s not much more one could ask for. 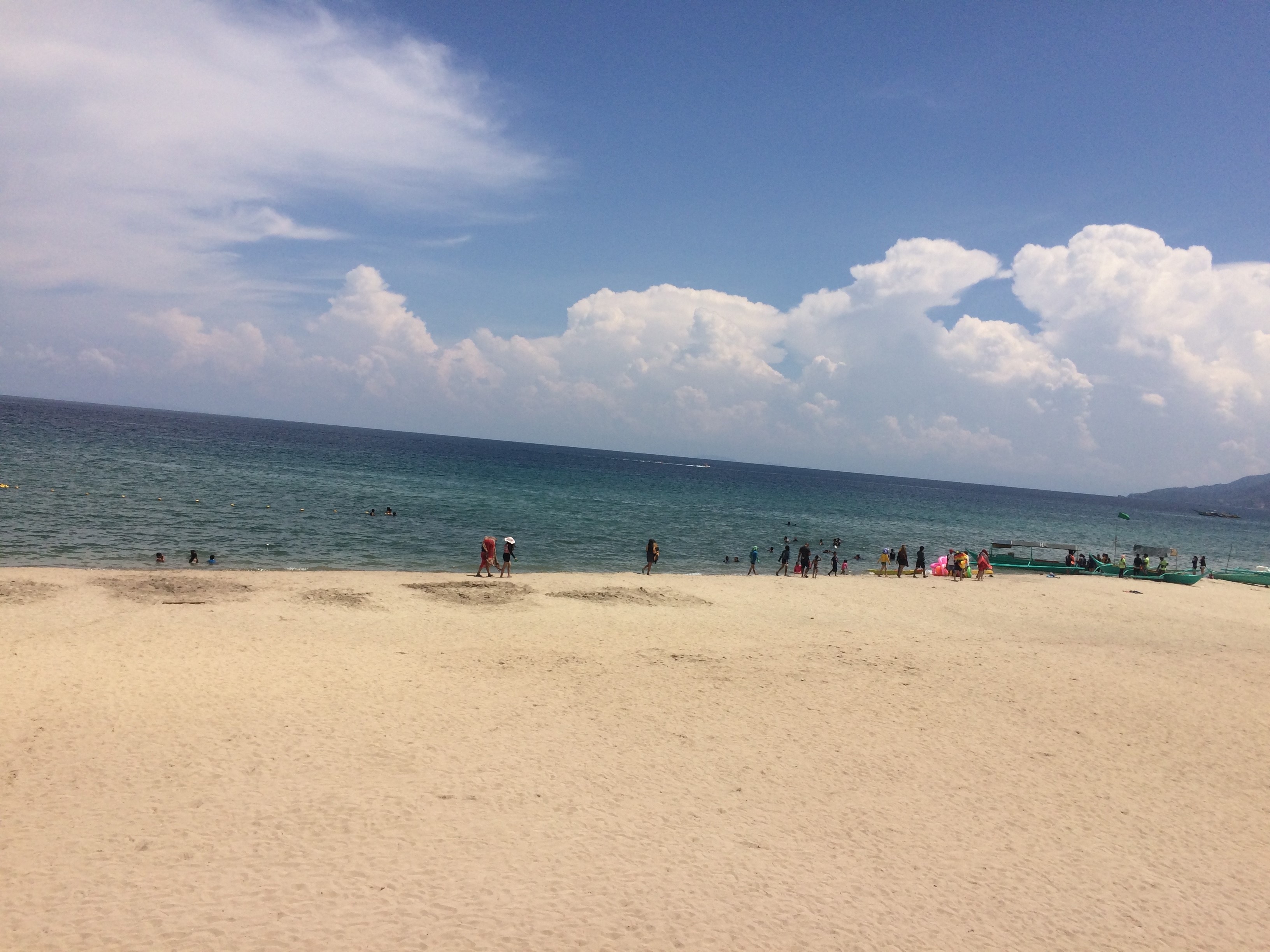 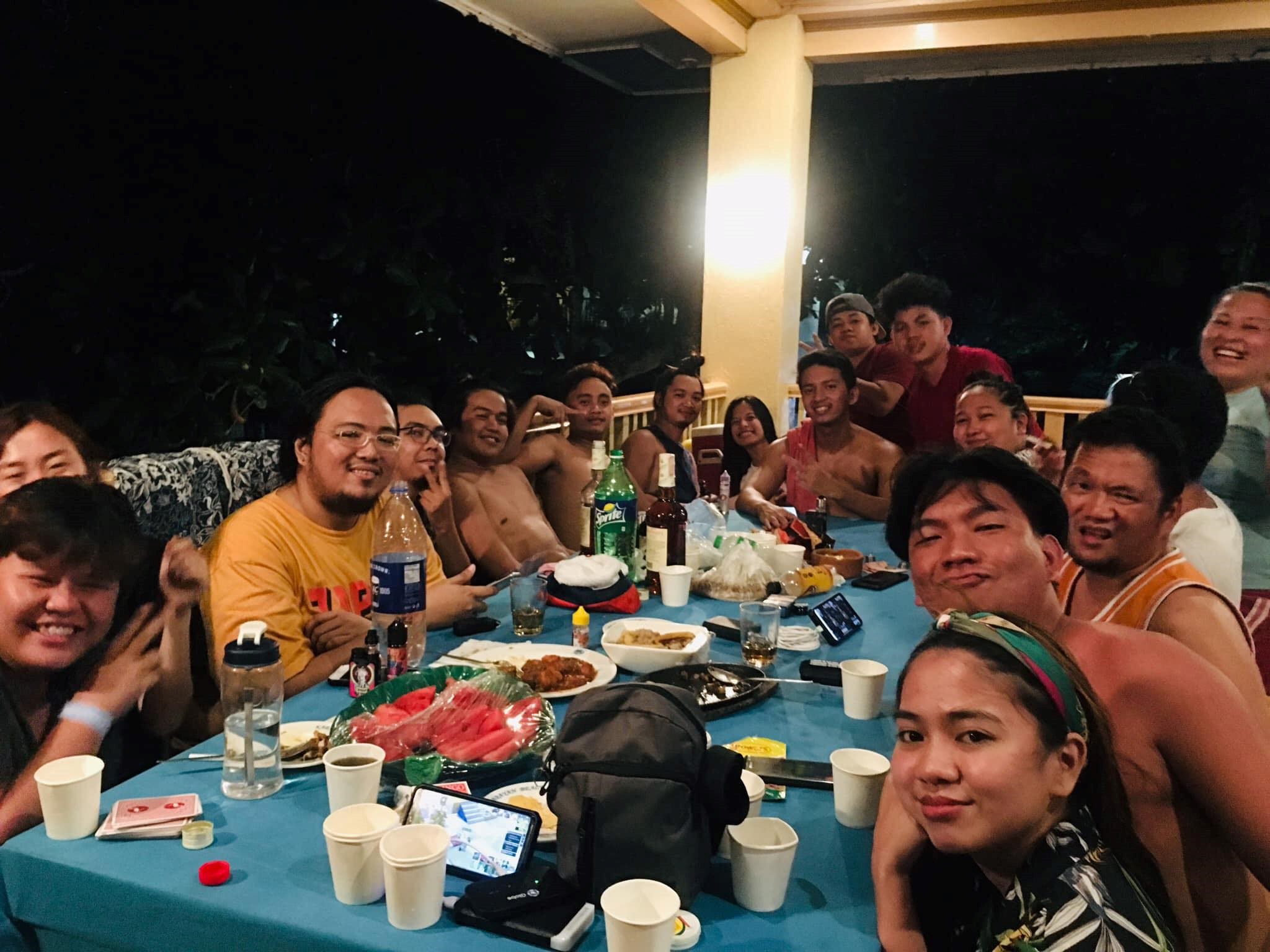 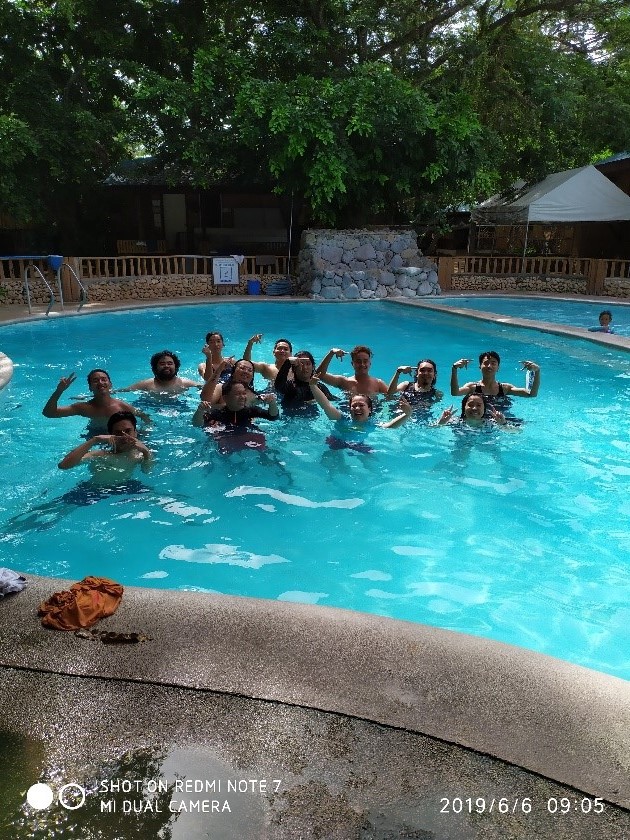 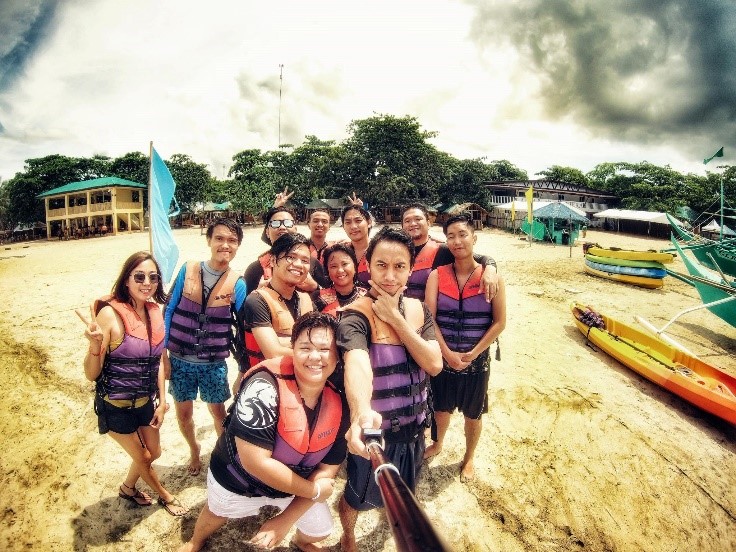 Our HR department really knew how to cook up a great summer outing. Sun, sand, and sea are all great ingredients, but team building and camaraderie were the real meat of this adventure. And to that point, they prepared some awesome games and challenges to spice things up and test how well we can work together. 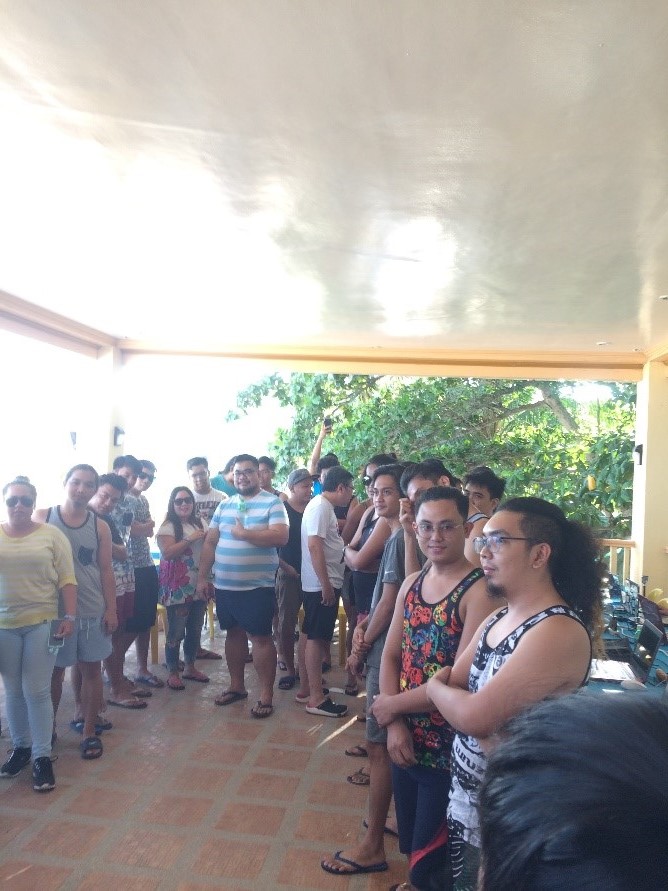 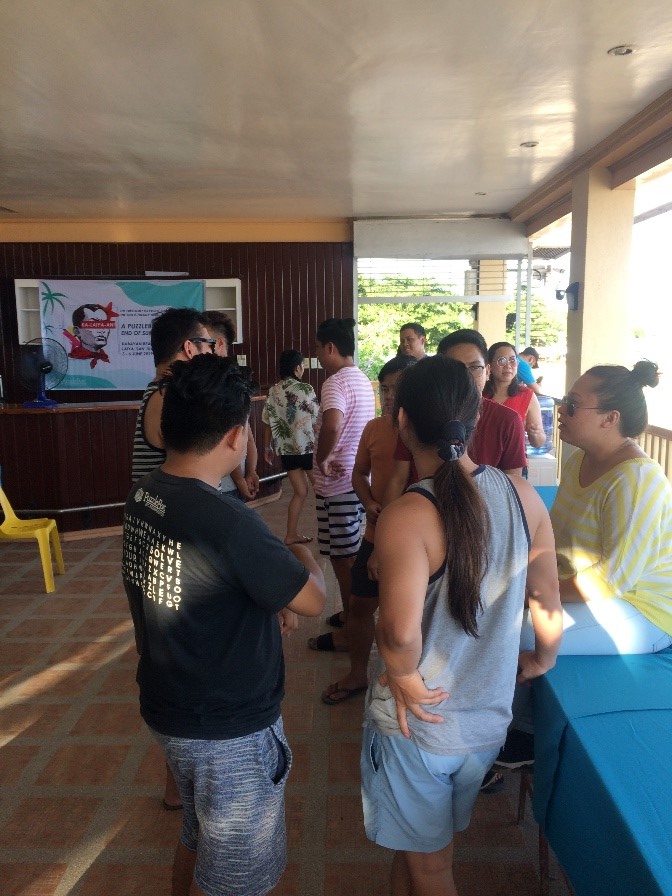 It, of course, opened up with an ice breaker. Nothing does it better than shouting, dancing, singing, and posing with colleagues from every office team and department that you’ve been randomly grouped together with in the Cheer Dance competition. We’re not all the most graceful performers but it did its job in pumping us up and filling us with team spirit for the challenges ahead. 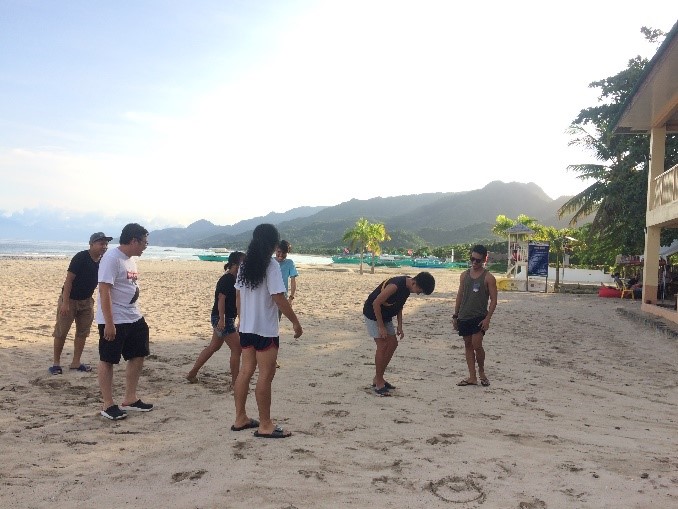 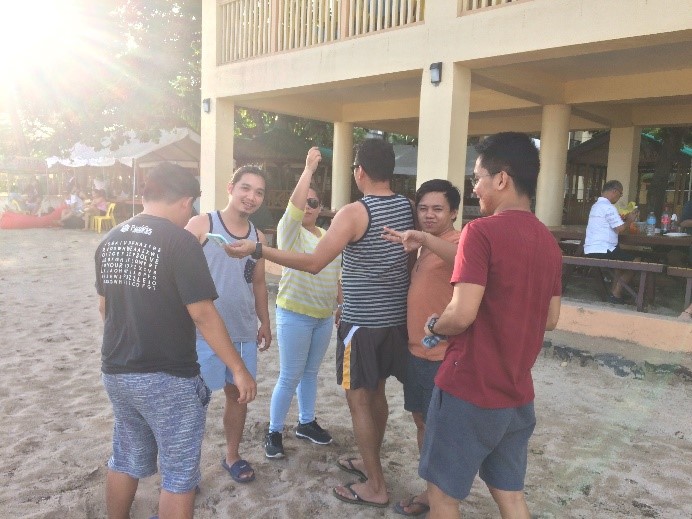 The next, and most physically-taxing, activity was the Fill the Bottle game in which we were tasked to fill 3 bottles as much as we can with sea water, only using the objects on our person. Some used their clothes to soak it up, others just cupped it in their hands, and those few who were willing actually ran back and forth from the edge of the water filling their mouths with it. Not only was it a physical test, but also a test of our wills, how far we would go, and what we were willing to do for our team. 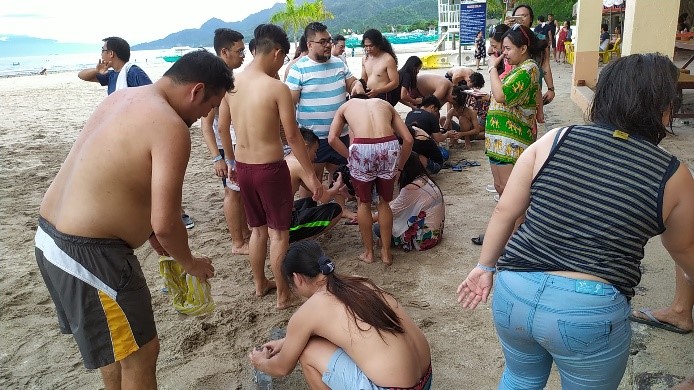 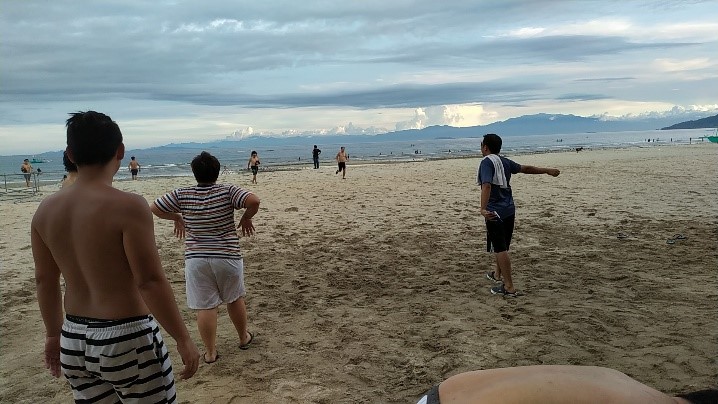 Lastly, we had a test of the mind with the Build a Sand Man challenge. One person from each team had to make a sacrifice, being the foundation of our buried-in-the-sand art. Then the rest of the members had to figure out how best to shape the sand, how to keep it all together, and most importantly, an inspired design that would complement the shape of the one to be buried. The most elaborate, creative, and well-thought out sculpture won. 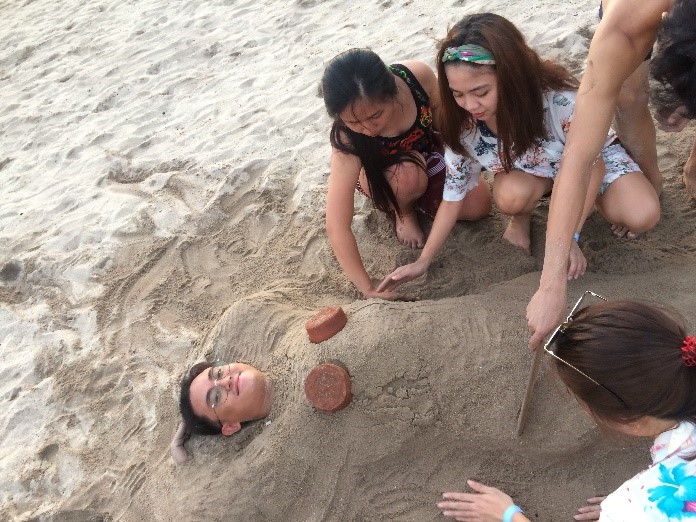 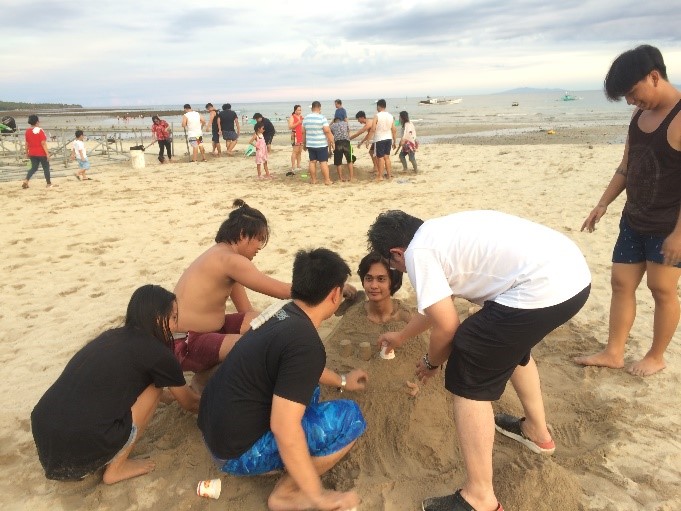 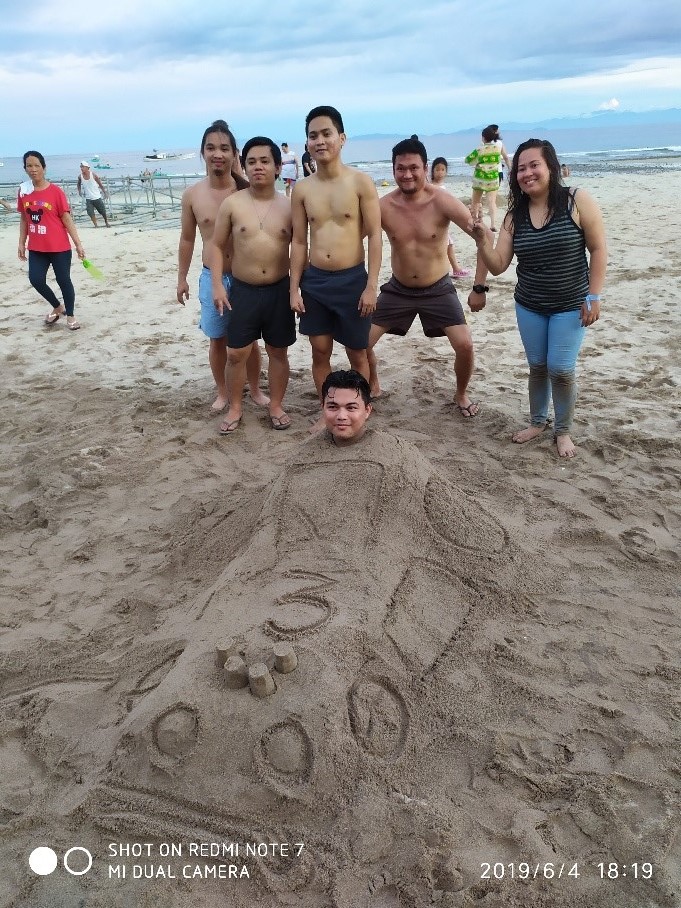 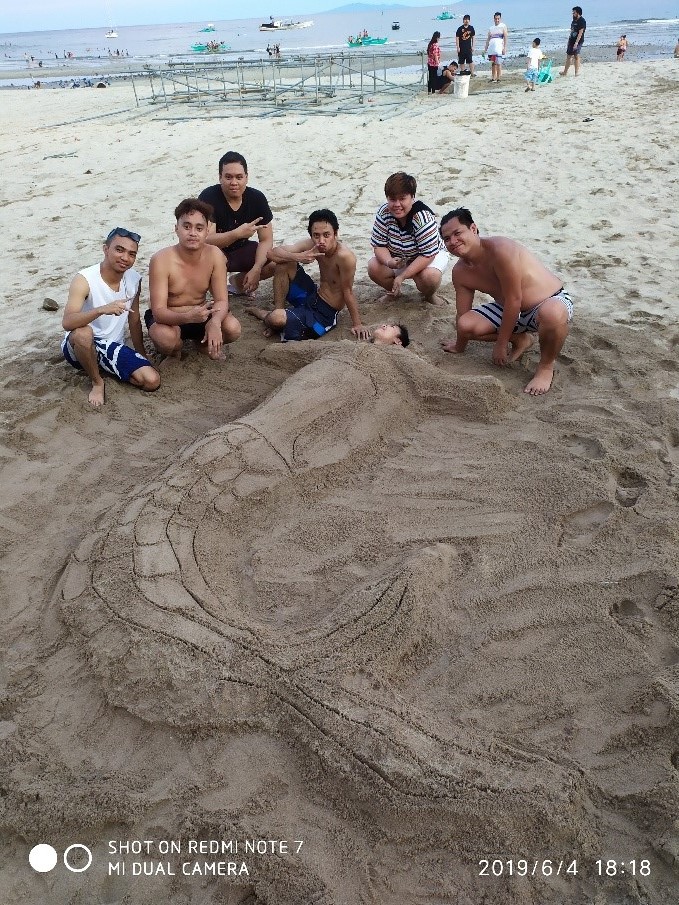 As we were winding down in the evening, energy well-spent and bellies full from dinner, we had our company bingo game. No need for skill, smarts, or strength of will, just luck and a bit of attentiveness. Sir Orly did his best and got us through to the end of the game, announcing every letter and number that came up as engagingly as he could. And the fortunate victors took home their prizes in various cash amounts. 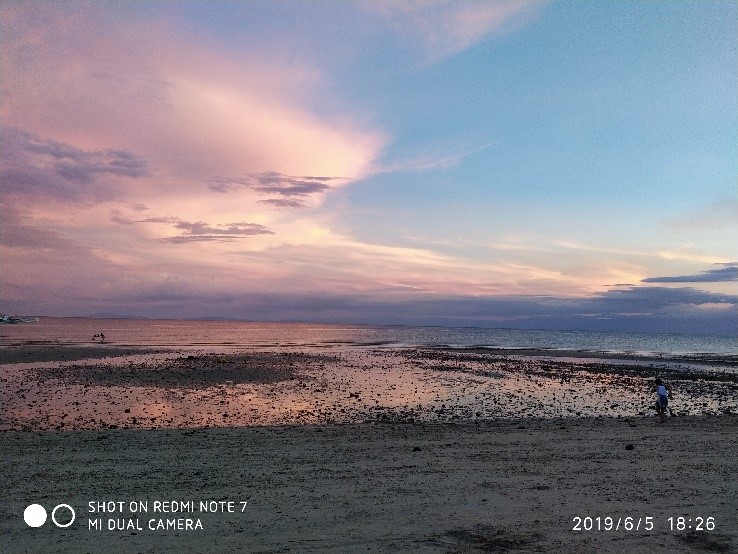 On the last day, we all went home a little more tired, in a good way, a little closer, to the people we see and work with everyday, and a little more inspired, to do our best for ourselves and for the company we all love. Thank you, PuzzleBox! 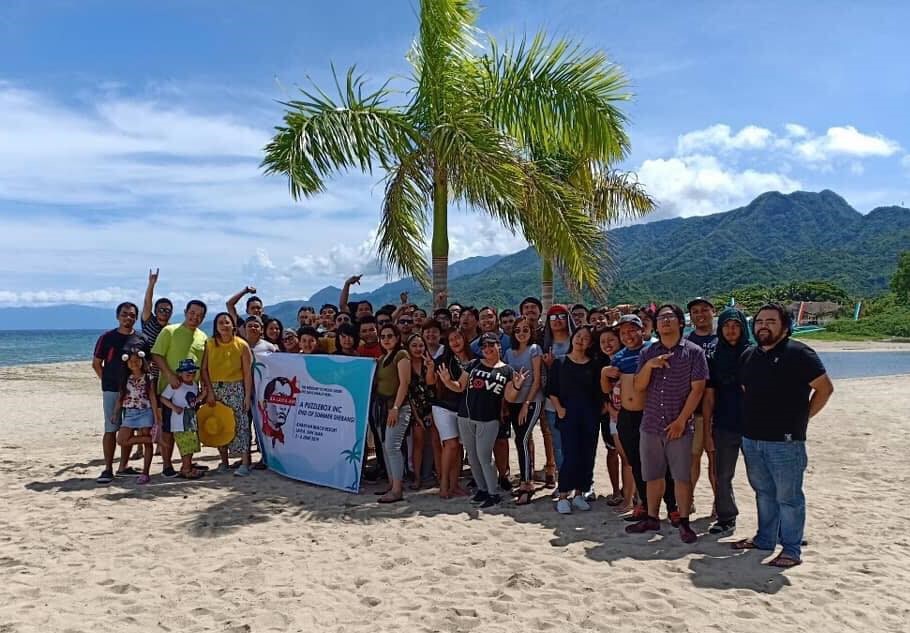 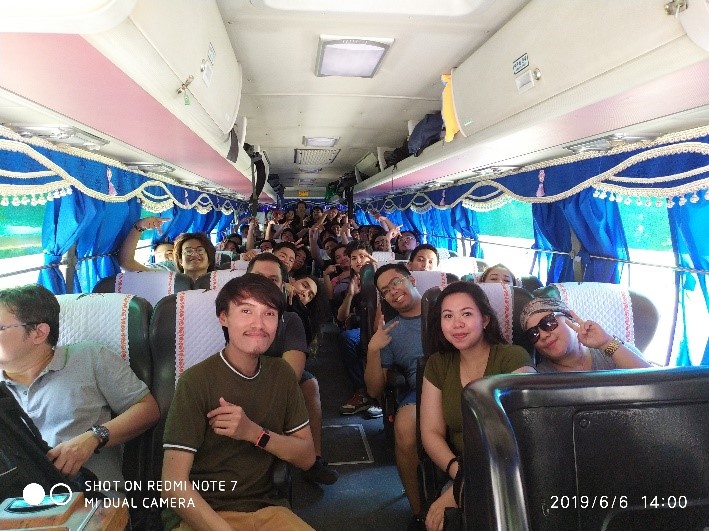