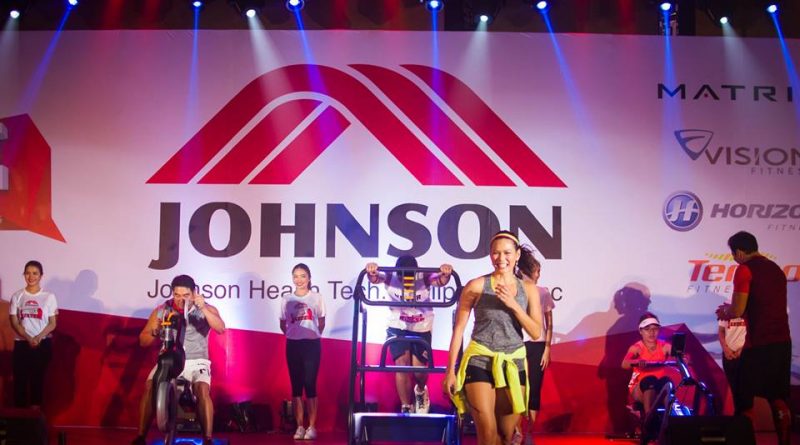 Have you ever heard of a Circuit Pentathlon? The goal was to unveil the machines to the audience and to introduce this unique activity during Johnson Health Tech Phils’ corporate launch on June 21, 2016 at the Fairmont Ballroom, Makati. 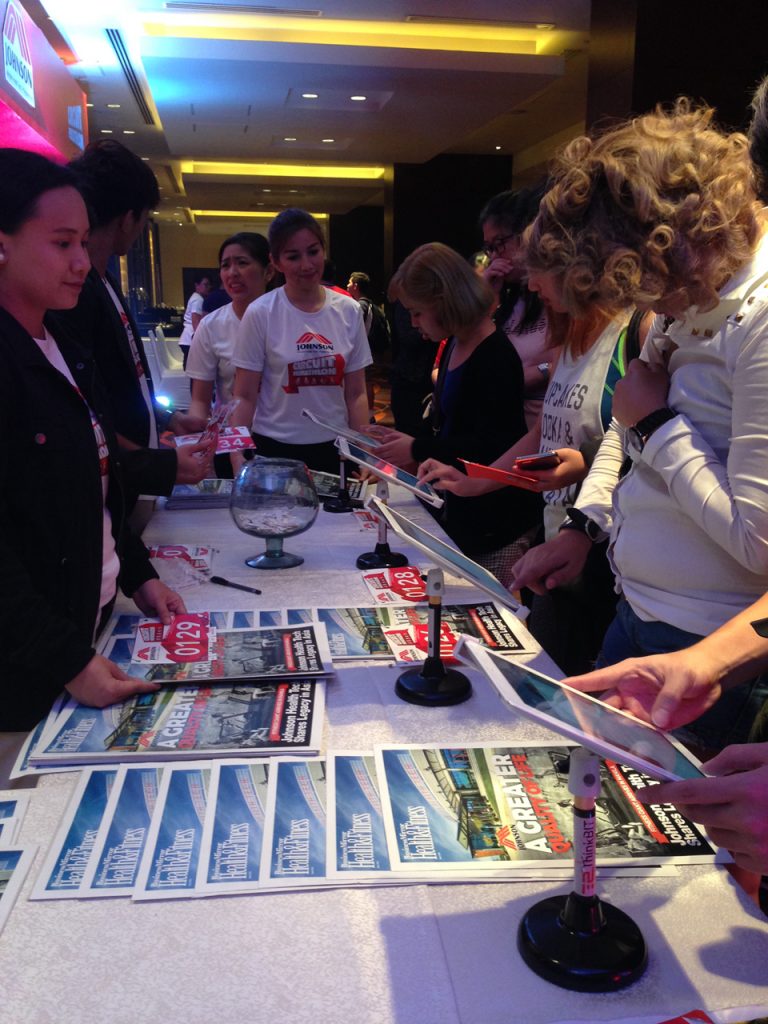 Upon registration, you get a runner’s bib complete with a number (for the Horizon Adventure CS Folding Treadmill and Johnson FM210 Foot Massager which were up for raffle later in the evening) then you had to enter through this arc that looks exactly like those you see in marathons. 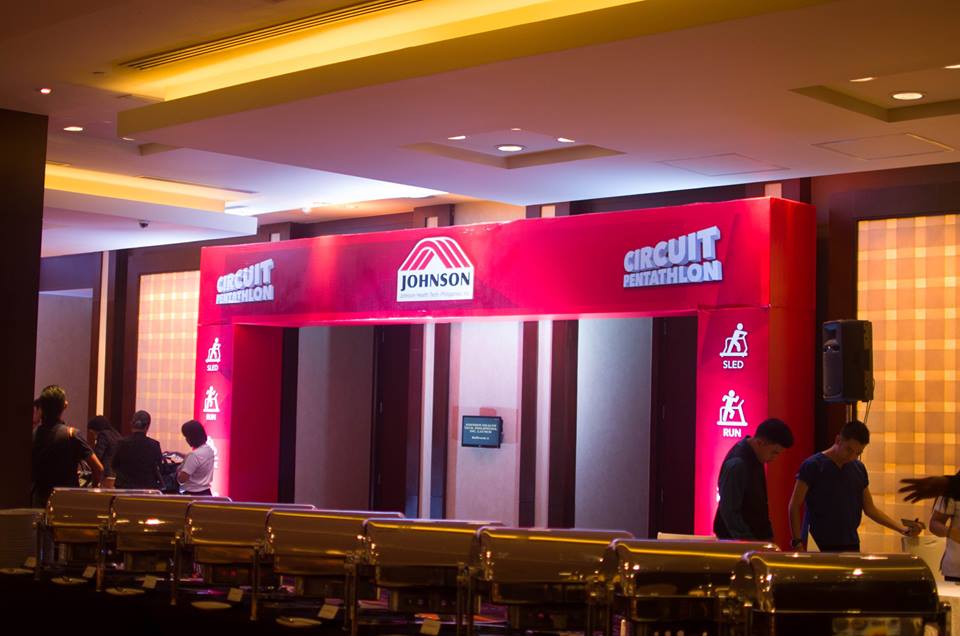 There were two sides inside the ballroom—both lined up with their equipment. The left side displayed the corporate logo while the right side showcased Matrix Fitness line. Meanwhile, up on stage, there were five machines hidden beneath veils. A secret for later.

To hype the audience up, the program was opened by a cheer dance performed by the UP Pep Squad. The pep squad performed with great ease and certainly helped build up our excitement for the upcoming night filled with exercise machines and fitness (See that? When you’re fit and healthy, you can do that too! Haha!) 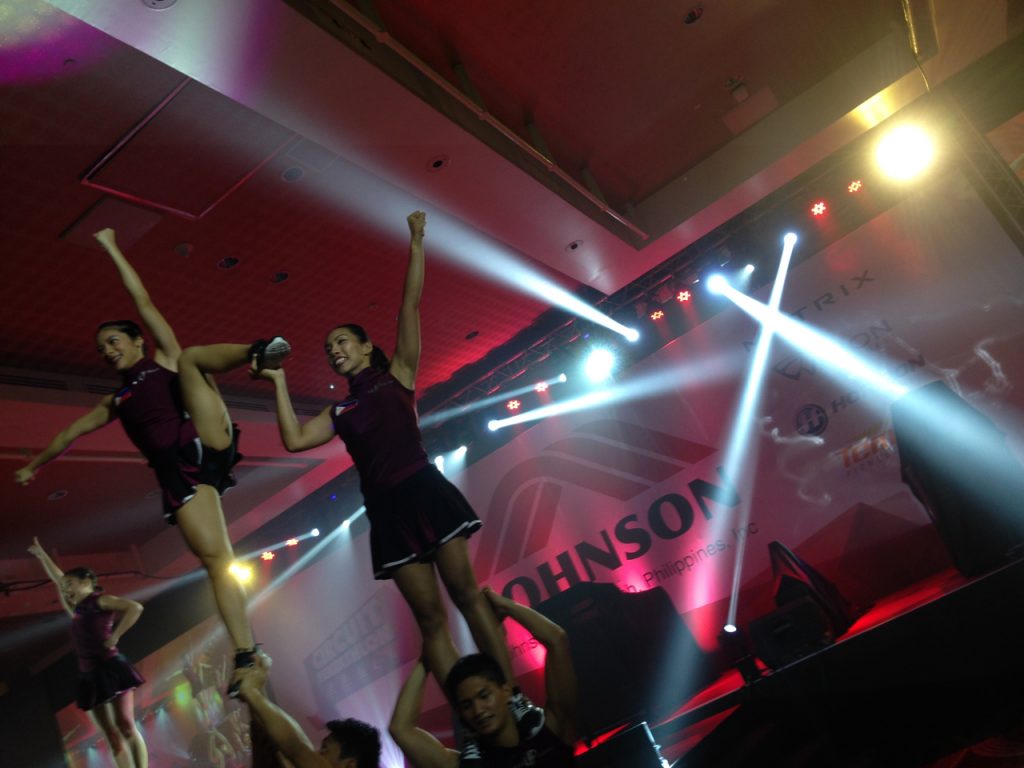 Guided by the hosts, Boom Gonzales and Michele Gumabao, and speakers Ms. Jean Hung, Mr. Katsuya Ito, and Ms. Maila Mupas, we were taken through the history of how Johnson Health Tech became the largest fitness manufacturer in Asia and third in the world. It was inspiring to see how this fitness giant came to be and it was certainly thrilling for them to finally arrive here in the Philippines. 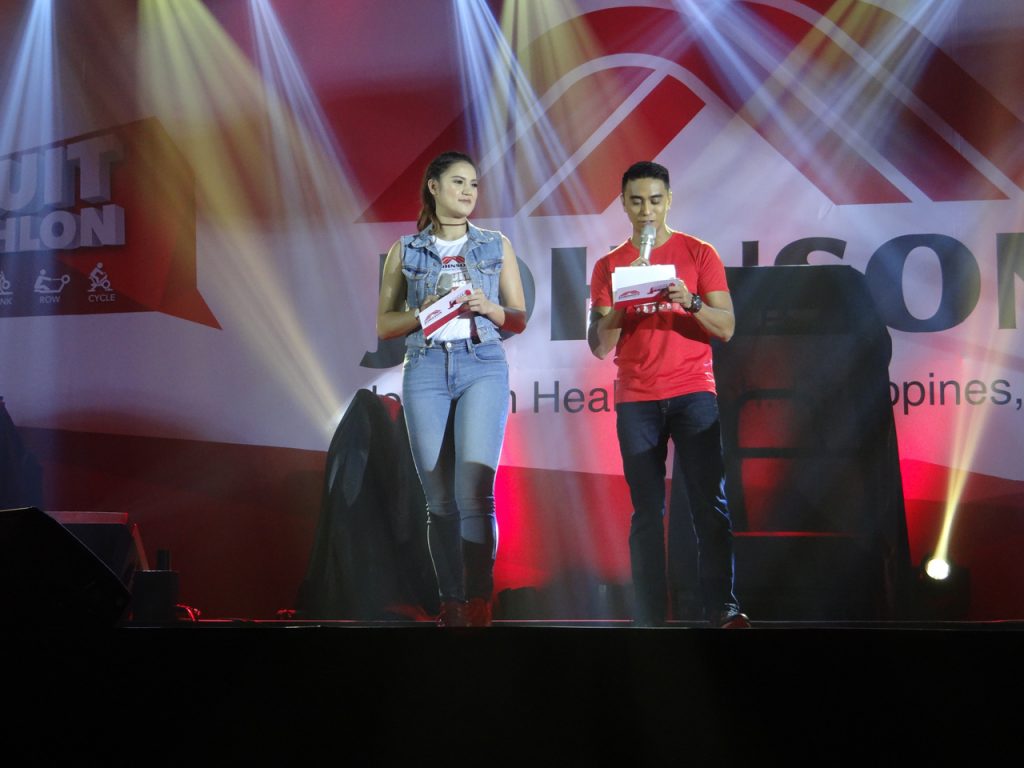 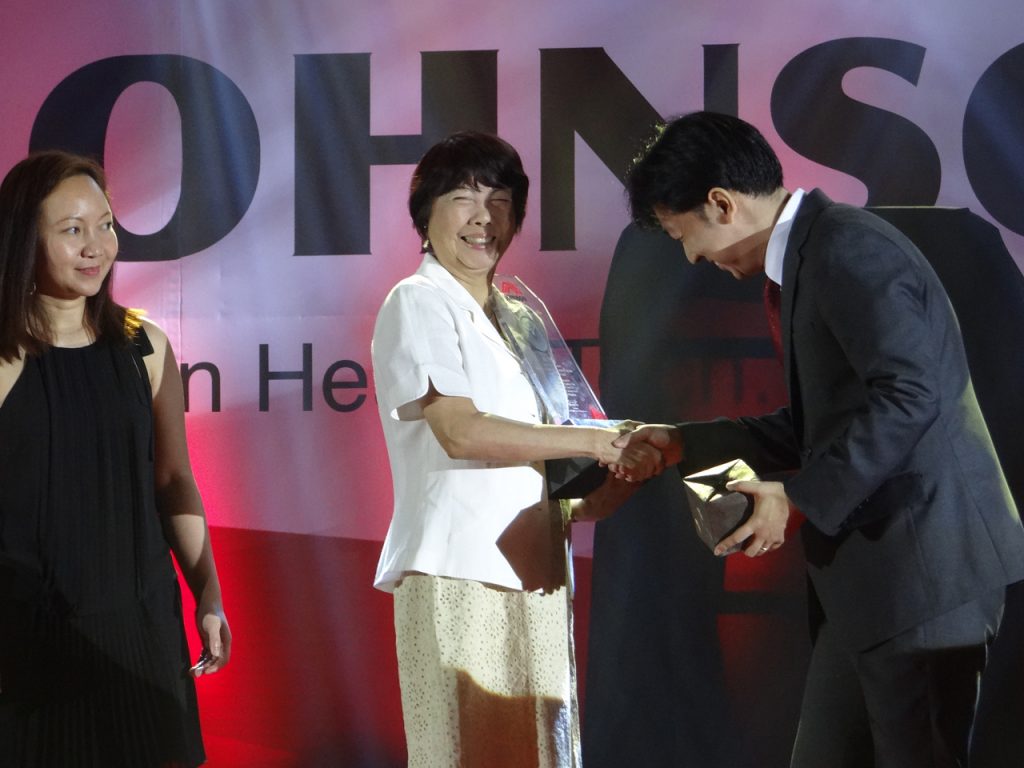 And then it was finally time for the big reveal. One by one, the five covered machines were unveiled for the Circuit Pentathlon. There were the Krankcycle, Rower, IC7, T5X Treadmill, and S-Drive.

But, as we should before every work out, we need to warm up first. Led by coaches, Jim and Toni Saret, all of the participants were brought to their feet for a cardio warm up. 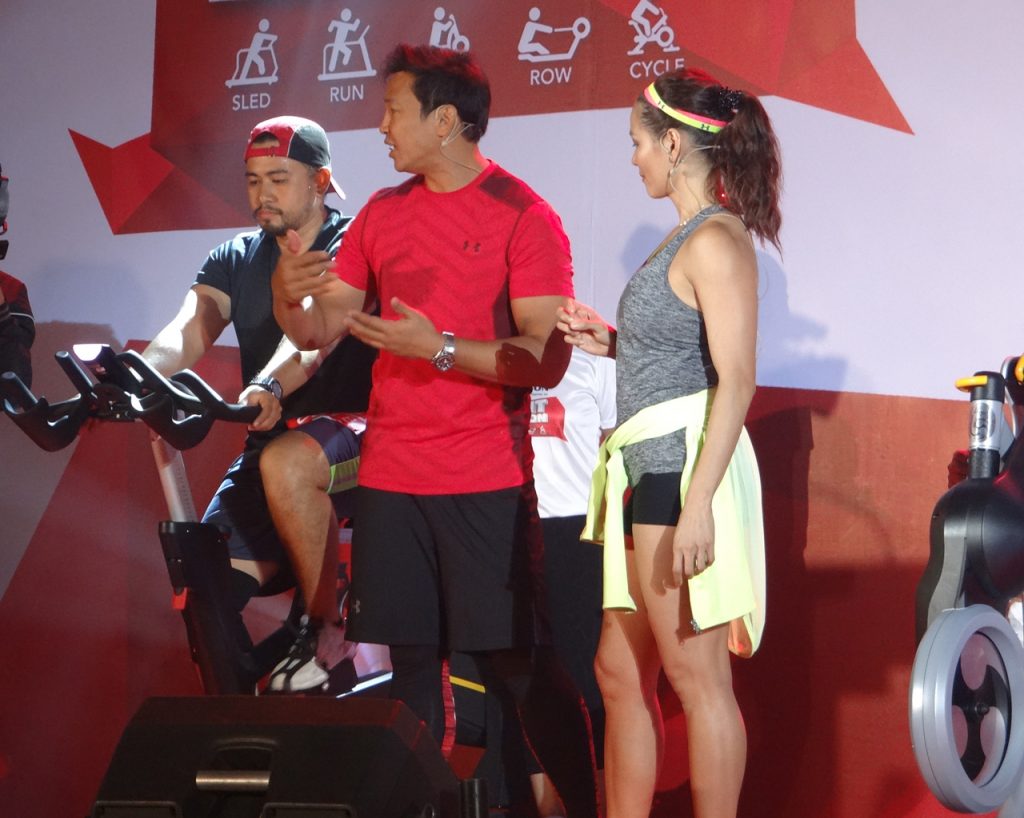 As winners of the Johnson Fitness PH Facebook promo held before the event, these five were called up the stage to be the first to try out the equipment: 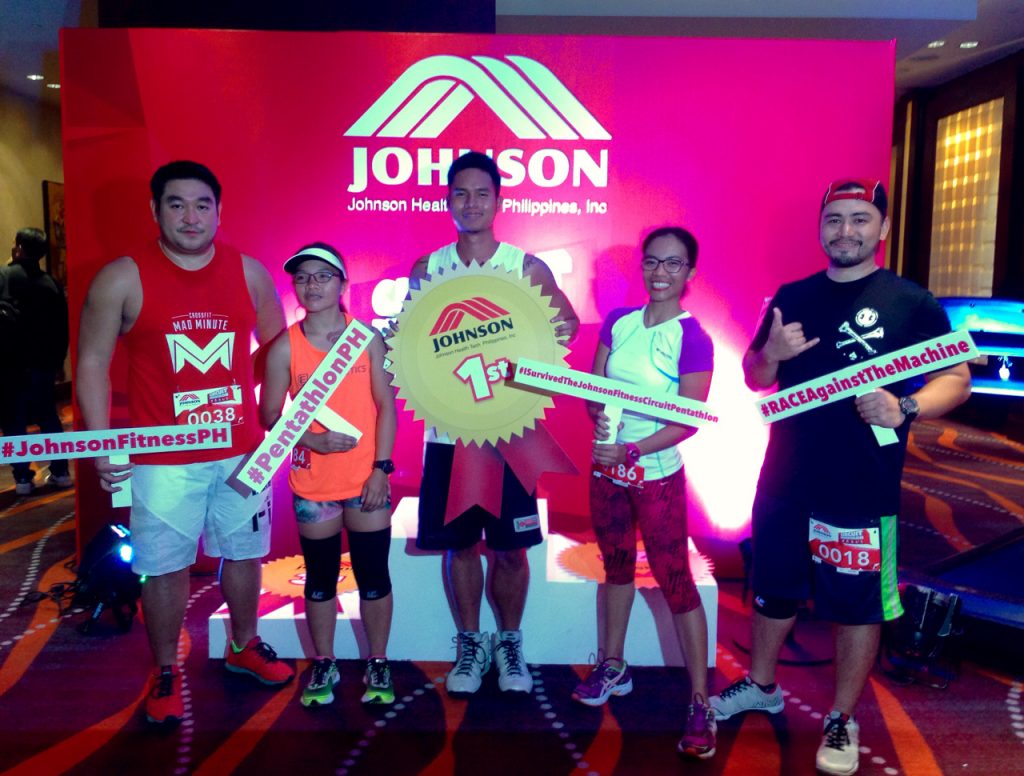 What people needed to do was simple: sled, run, krank, row, and cycle. Participants entered the stage in groups of five (5)—one for each machine. They got one minute to use the machine and race against time before Coach Toni blows her whistle so that they can move on to the next machine.

Watching them was a workout already as they worked to get the most out of their time. 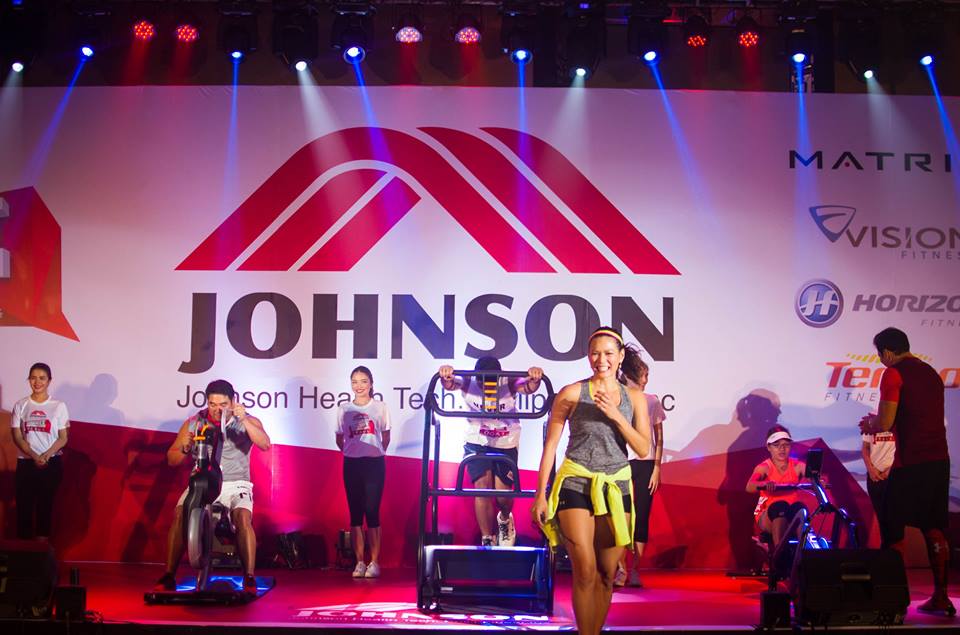 With a final word from the President of Johnson Health Tech Phils, Mr. Katsuya Ito, the fitness giant was successful in introducing their fun and innovative products to the Philippine market. 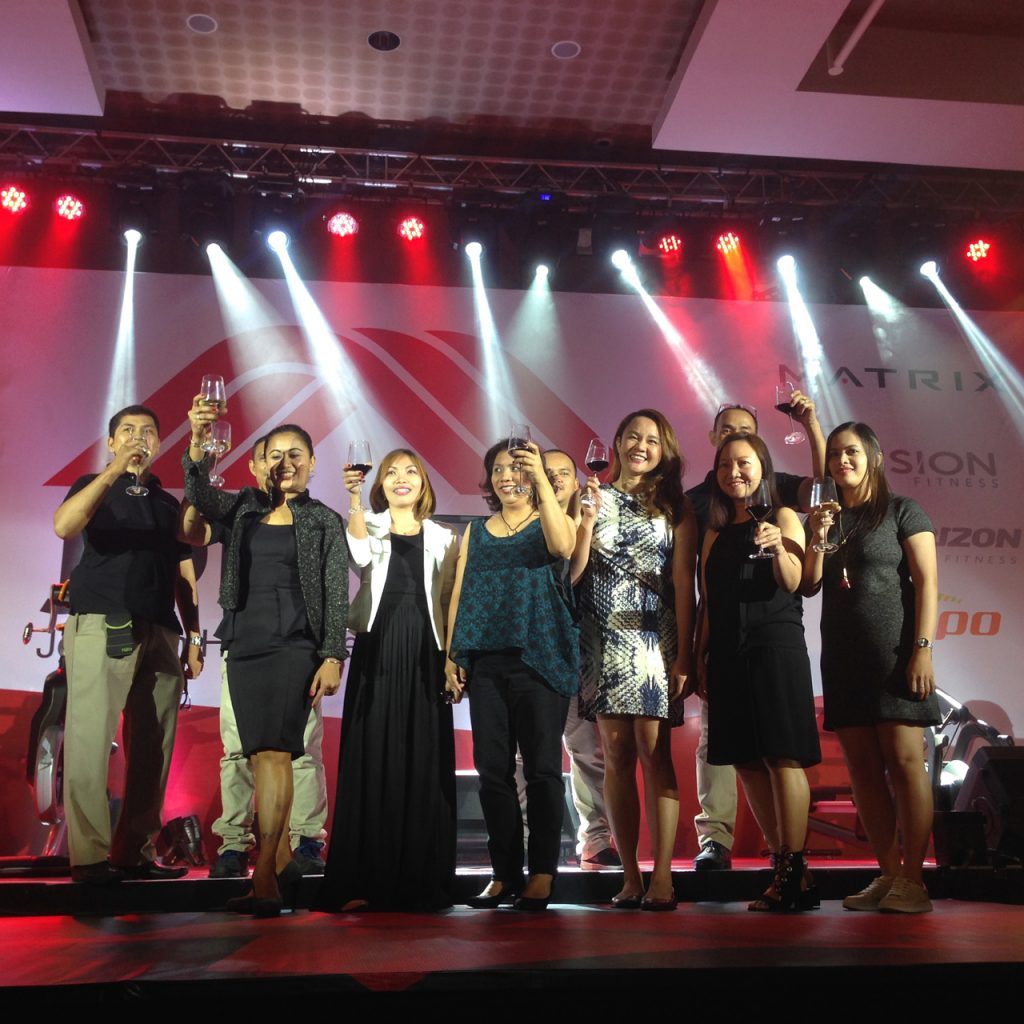